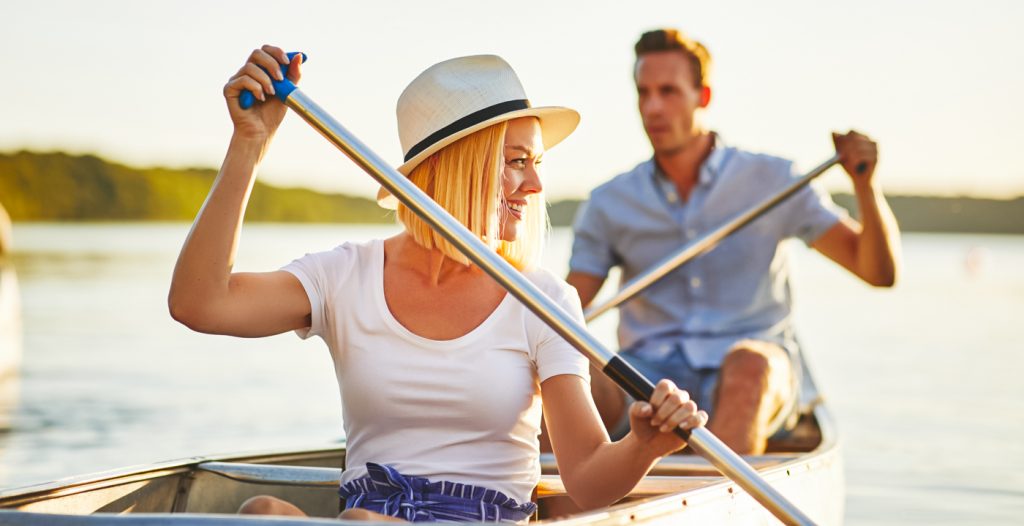 The water trails phenomenon began in the late 1980s, and now the trend is gathering momentum like a tandem canoe after a few well-orchestrated strokes. Water trails offer everything from maps to well-marked access points and campsites; practically the only thing left to chance on your planned escape is the weather. We covered the grandaddy of all trails, the 740-mile Northern Forest Canoe Trail, in the March issue; follow one of these five other classic water trails and leave the logistical headaches in your wake. Just remember to tell your boss you might be a few days late coming back to work.

Running through six state parks, the 170-mile Suwannee River Trail divides Florida’s panhandle from the rest of the state. Extending from the Stephen Foster Folk Culture Center Park to the Gulf of Mexico, it’s perfect for canoeists and sea kayakers of all strokes. You’ll paddle its black, tannin-filled waters past eight access points, each with restrooms, showers, and campsites. You’ll also retrace the wake of the 16th-century Timuccuan people who used to live along the river’s banks. While they named it Suwani, meaning “Echo River,” you won’t resist creating echoes of your own as you belt out Foster’s Old Folks at Home, the state song of Florida, to the cadence of your strokes. floridastateparks.org/wilderness

The country’s first water trail, established in 1988, the Maine Island Trail may also be its best. The 350-mile waterway extends from Cape Porpoise Harbor on the west to Machias Bay on the east. Camp at one of 150 island and mainland sites along the route, each accessible by kayak, sailboat, or other watercraft. Campsites on state land are free, while those on private islands are available with membership in the Maine Island Trail Association, the largest water trail organization in North America ($45/year per individual; $65/year per family). July, August, and September typically offer the best weather, with September offering the bonus of lobster-red foliage. mita.org.

If the Maine trail has a western equivalent, it’s the Cascadia Marine Trail, which stretches more than 140 miles through Puget Sound from just outside Olympia, Washington, to the Canadian border. Since 1993, thousands of paddlers have traversed this inland sea trail, recently named one of 16 National Millennium Trails. More than 50 campsites are accessible from a variety of public and private launch sites and shoreline trailheads; some are free, others require nominal fees and reservations, and still others are self-service pay as you go. wwta.org/trails/cmt

Sea kayak the world’s largest freshwater lake on the Lake Superior Water Trail, which links the St. Louis and Pigeon river estuaries along the great lake’s North Shore. Officially designated in 1993, the trail is maintained through a partnership of more than 100 individuals, families, businesses, and organizations. It’s open to all non-motorized craft, with new campsites added each year. Camp free at official water trail sites, available for free on a first-come, first-served basis, or pay $7 per night to bed down at any number of state park campsites en route—and enjoy a campfire whose flames match the reds and yellows of nearby Pictured Rocks National Seashore. dnr.state.mn.us/kayaking/lswt

Though this run shouldn’t be mistaken for its more famous namesake in Arizona, the Colorado River takes paddlers through 260 of the best miles Texas has to offer. From the outskirts of Austin to the Gulf of Mexico you’ll cruise past stands of cypress and mature forest crowding the banks, discovering state parks and historic battlefields where the sons of Texas fought for independence—yee-haw!

How to Carry a Canoe