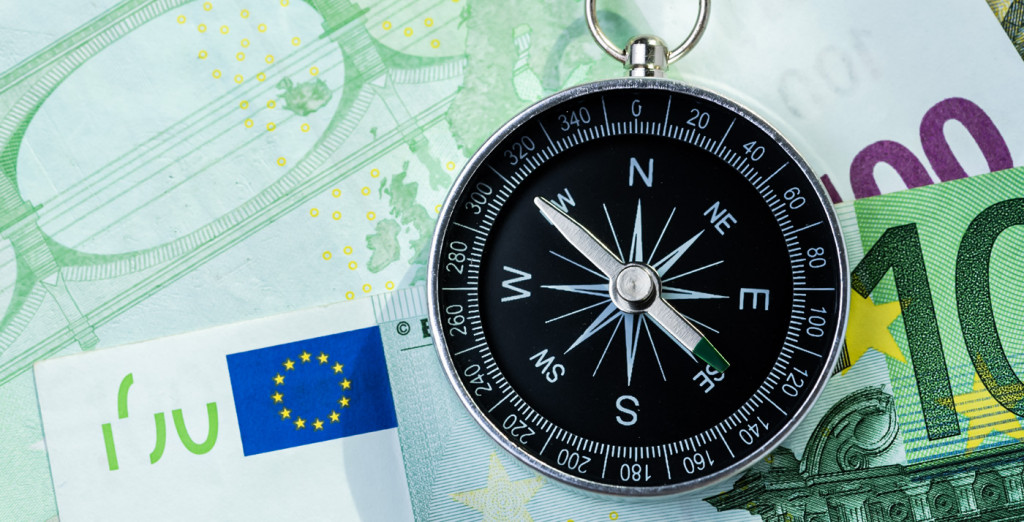 An overview of some techniques that can provide an accurate guage of direction using various easy-to-find items.

A rough sense of direction gathered from observance of celestial bodies or features of the terrain is always better than no sense at all, yet for those lacking the proper tools and seeking a form of wayfinding that requires a bit more time, effort and materials but yields a more accurate result, consider the following.

Even if yours isn’t one of the more outdoorsy models with a built-in compass, so long as it’s of the analog variety, you’ll be able to use it to find direction. If in the northern hemisphere, hold your watch flat and with the hour hand turned in the direction of the sun.

Now, imagine a line drawn across the centre of your watch so that it divides evenly the space between hour hand and 12 o’clock (in other words, if the hour hand happens to be on 4 o’clock, then 2 o’clock marks the line). This imagined divider indicates the north-south axis. Keep in mind that if you’ve recently adjusted for daylight savings, you should measure the distance between hour hand and 1 o’clock marker instead.

If you’re traveling in the southern hemisphere, simply perform the reverse; angling the 12/1 o’clock indicator toward the sun and halving the distance between it and hour hand.

There are two related methods here (collectively known as the ‘shadow-tip’ methods), with the first being faster yet less accurate and the second, vice-versa.

If you’re in a rush, simply find a flattened area with good exposure to sunlight. Set a relatively straight, thin stick (preferably one metre long) in the ground so that it stands erect and place a pebble or other marker at the point where the stick’s shadow reaches to.

Next, wait a quarter-hour and then mark the new location of the shadow’s tip. A line drawn between these two marked points will give a relative east-west axis and when standing before it with the first marker on your left, you will have positioned yourself facing north.

Should you desire greater accuracy and have the time to wait for it, the more precise version of this method requires that you begin in the hours before noon and place the stick as described above, then after marking the shadow’s first position, use a string or another stick to draw an arc from that point around to the opposite side of your standing stick, using it as your central pivot.

With your semi-circle defined, wait until the exact point in the afternoon when the shadow finally reaches the opposite end of your arc. Mark that position and then join the two markers by a straight line. Again, facing the line and with marker #1 on your left, you now face north along an even more precise east-west axis.

Note that in the case of both measurements, this is a reliable way of finding north regardless of hemisphere.

As a final note, no matter what technique you might consider using, a prerequisite for success is certainty regarding which cardinal direction you should be angling toward. As such, if you are unsure of either distance or direction to the nearest form of help, depending on your situation it may be far safer to simply remain in one place until help can come to you, rather than wandering aimlessly and alone in the wilderness.