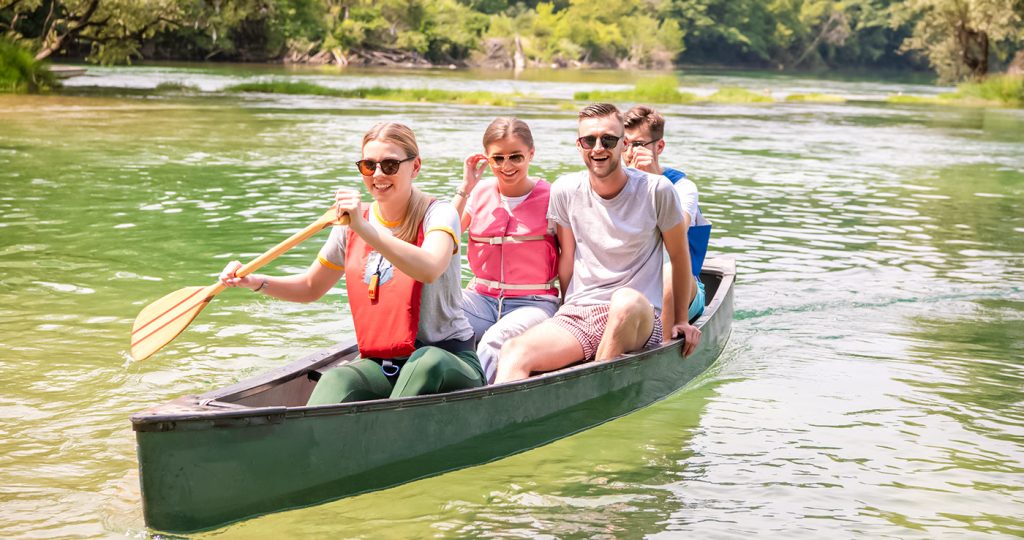 Paddling technique can be broken down into a series of different kayaking strokes, body positions and body movements. It is expected of paddlers to have a solid understanding of each of these paddling techniques otherwise, they could be in serious trouble sooner or later.

Forward strokes, sweep strokes and bracing are the first ones to learn. These form the basis of all kayaking techniques. After that it can depend of the type of kayaking you are doing, as to which strokes and other techniques are most useful.

While learning the basics, you may experience a capsize or two. Initially this will result in a swim. Having suffered this cold wetness you may quickly become interested in learning to Roll. There are various rolling techniques, which are listed on the Eskimo roll page. Note however that beginners tend to place too much emphasis on learning to roll, when they would be better off working on the basic techniques described above.

A form of paddling technique based on that of the Greenland Inuit. Somewhat similar equipment and techniques were developed by the aboriginal Aleut peoples of Alaska and Inuit in the Canadian Arctic.

Typically, the Greenland kayak is lower-volume and narrower than the “modern” kayak. It facilitates rolling, and a great number of rolling techniques were developed for the kayak’s intended use as a tool for seal hunting, mainly to deal with the hazards of entanglement by harpoon line.

Narrower Greenland paddles continue to be used in Greenland today, using wood split from large logs that originated in Siberia, were carried down rivers, circulated by ocean currents and were deposited as driftwood. Greenland hunters of old were extremely choosy about the grain and type of wood used in their paddles. Narrow paddles were not a limitation of available materials and quite large pieces of wood were used in the kayak framework and for wide umiak paddles. The use of driftwood in building paddles was not a shortcoming. Form follows function, and practitioners of the Greenland Style find that the increased buoyancy present in these paddles makes many paddling techniques easier.

Kayaking and rolling was not a sport to the Greenland people, but a means of subsistence. The ability to roll under varied and often dangerous circumstances was a matter of life and death.

The term Euro style is used to refer to paddling technique used with a Euro paddle. Many of the same principles apply to both eurostyle and Greenland style technique. In both cases, you want to use your torso and hip muscles as much as you can.

The world’s original kayakers were the peoples of northern North America, Greenland and Siberia. The Inuit, Aleut and other peoples developed these fast, stealthy craft primarily as a means of subsistence hunting and secondarily for transportation. The term “Eskimo” was once used to collectively describe this population of peoples, but it is now considered somewhat vulgar. Aleut (western arctic, notably Alaska) and Inuit (Canada and Greenland) are preferred names.

Traditional kayaks, kayak building, and kayaking techniques have become extinct in some of their original locations and have narrowly avoided extinction in other areas (perhaps most notably Greenland), and are enjoying a renaissance in Greenland, some parts of Alaska, and areas beyond where kayaks were originally used.

Kayaks referred to as “traditional” typically owe their inspiration to these original kayaks. There are a wide variety of skin on frame kayaks built by the different Arctic peoples. The most common influences in modern kayaks are from Greenland kayaks and Alaskan kayaks commonly referred to as Baidarkas.

A common thread running through all the “traditional” kayaks is their skin on frame construction using driftwood and later dimensional lumber for the wooden frame and seal skin or recently canvas and ballistic nylon for the skin.