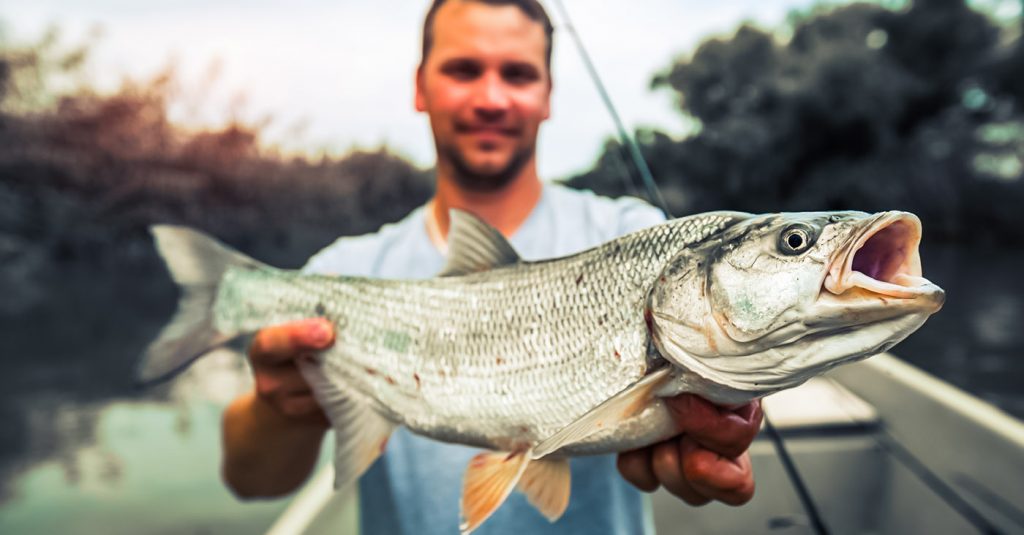 Unlike lake fishing, river fishing accesses usually don’t involve double lane concrete boat ramps that are clearly marked on a map with a corresponding letter or number. River accesses take a little more work to find than reaching for the nearest guide map. In order to find river access it takes a little scouting.

Scouting involves doing your homework by researching different areas or different rivers through multiple resources and with your own two eyes. Scouting takes place both at home with books and the internet, and on the river itself.

Scouting is a part of river fishing. That’s not necessarily bad for most river fishermen because they are wired to explore off the beaten path. A few years ago, a fishing buddy of mine stated how river fishermen are like the Magellans of the modern world. River fishermen don’t want a double lane concrete ramp to take them fishing with the masses, instead they rather hack through miles of brier for the chance of fishing virgin water, alone, or with a close fishing buddy.

So does that mean river fishermen are loners? I wouldn’t go that far. River fishermen rather be on a piece of water surrounded by God’s creation of earth and water rather than man’s sprawling McMansions.

I often find myself scouting new locations and new water at least once or twice a month. Sometimes it may be as simple as taking a short detour while driving because there’s a creek or small river nearby that could potentially be good water to fish. Many times I strike out, but I have found some nice waters that I wouldn’t have found if I didn’t take those short detours. I wasn’t the first one to find those waters, but they were new to me and that’s all that matters.

Unlike lake fishing, river fishing accesses usually don’t involve double lane concrete boat ramps that are clearly marked on a map with a corresponding letter or number. River accesses take a little more work to find than reaching for the nearest guide map. In order to find river access it takes a little scouting.

When researching areas that I can’t find on other internet sites I usually start with the Atlas and Gazetteer. It’s a large book comprised of one individual state that divides the state into a grid of squares. Each square takes up one page and shows that area in more detail. There’s a lot to learn from the Gazetteer by itself and it was all river fishermen had before the days of Google Earth and the internet. The Gazetteer gives me a general idea of the area I’m interested in and it can also clue me in for possible access locations.

After studying the Gazetteer I move on to Google Earth to get a closer look using its satellite imagery to further study possible access points, the river and its general area in more detail. Viewing the satellite imagery from home is amazing and the images show many fishing holding features such as depth, rock, trees, river current, and even well worn paths to the river.

Other than its satellite imagery, Google Earth also has many helpful tools that are invaluable for river fishing.

Spend some time to learn the in’s and outs of Google Earth and it’ll reward you ten fold with a few honey holes!

Home scouting doesn’t end with the Gazetteer and Google Earth. I finish up by doing a quick search on Bing, using it’s ‘Bird’s Eye Aerial’ view.

The Bird’s Eye view is made up of photographs taken from a low flying airplane. Those photographs zoom in even closer and contain much more detail than the satellite imagery, which is already amazingly awesome. With the Bird’s Eye view you’ll be able to count the number of mosquitoes per square foot so you’ll always be able to determine whether or not to bring the insect repellant.

Unfortunately, the Bird’s Eye view isn’t available everywhere and it’s usually only available near larger cities. Still, it’s worth a quick search to see if it is available before getting in the truck because so much more can be learned from those photographs.

Up Close and Personal

No matter how much you study the river from the satellites images and photos, there’s a lot of detail that you won’t be able to see until you actually spend time next to or on the river itself. The real scouting occurs in the truck and on the water.

Water depth is one feature that’s hard to tell by satellite only. Sometimes the satellites can show some water depth detail, but often times trees obscure the view from above. Scout as much from above, but your two eyes will be the deciding factor whether the area is worth re-visiting.

Don’t Be Afraid To Strike Out

Like I said above, scouting means striking out a lot and it’s going to happen no matter how powerful your resources are and no matter how much homework you do. I can’t count how many times I have done hours and hours of scouting with the Gazetteer and Google Earth, driven hours and hours, miles and miles, and paddled mile after mile only to be disappointed by what I finally found, or what I didn’t find. It’s called scouting for a reason.

Striking out doesn’t mean that time wasn’t worth spending scouting new water.. I can now look at those areas on the map and strike them off. No longer do I have to wonder what is there, because I have seen it with my own two.

Scouting is part of the ball game if you want to river fish. Before long you’ll grow tired of fishing the same water no matter how productive it may be and you’ll find yourself wondering what else is out there. You’ll want to explore more. That’s probably the main reason why you started river fishing in the first place, to explore.

Pick up a map and get out there because you wouldn’t be a river fisherman if you didn’t.