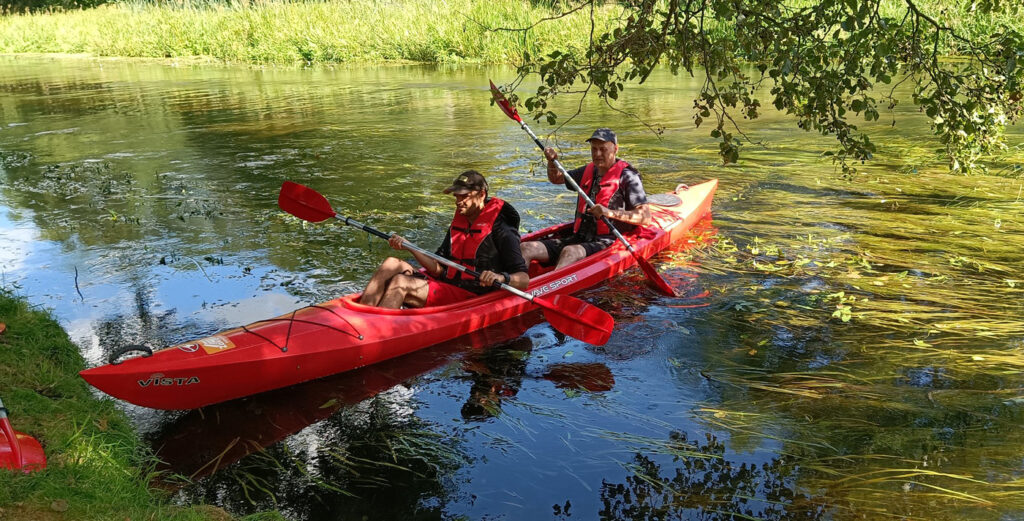 Your Guide to Canoeing

Canoeing is a water activity in which people paddle their way through the water using either a single or double-bladed paddle while sitting on a raised seat or kneeling down. It shares several characteristics with the sport of Kayaking, although there are some basic differences between them.

History of the Canoe

The canoe has been used by the native North Americans for thousands of years. The term we use today comes from the word kenu which means ‘dugout’. Earlier forms of the canoe come from dugout tree trunks which have been an important mode of transportation along rivers and across islands.

With the popularity of Canoeing and Kayaking as water sports, it can be quite confusing at first to distinguish one from the other. But how does Canoeing actually differ from Kayaking? Below are some of the basic differences:

There is some confusion in using the terms canoe and Kayak. Even the International Canoe Federation (ICF), which is the international body governing Canoeing and Kayaking competitions, uses the word canoe to refer to both water crafts. The same goes with most parts of the world like the United Kingdom and Australia.

As mentioned earlier, the ICF is the one that organizes Canoeing and Kayaking events in the world. Below are some of the competitions organized by the ICF:

Canoeing can be a spectacular sport to watch and even more so competing in Canoeing events. Aside from being a great water sporting event, it can also be a great activity for the family to engage in. So hit the waters now and try out Canoeing!

The Best Way to Load a Canoe Onto Your Roof Racks

How to Outfit a Canoe for Fly Fishing