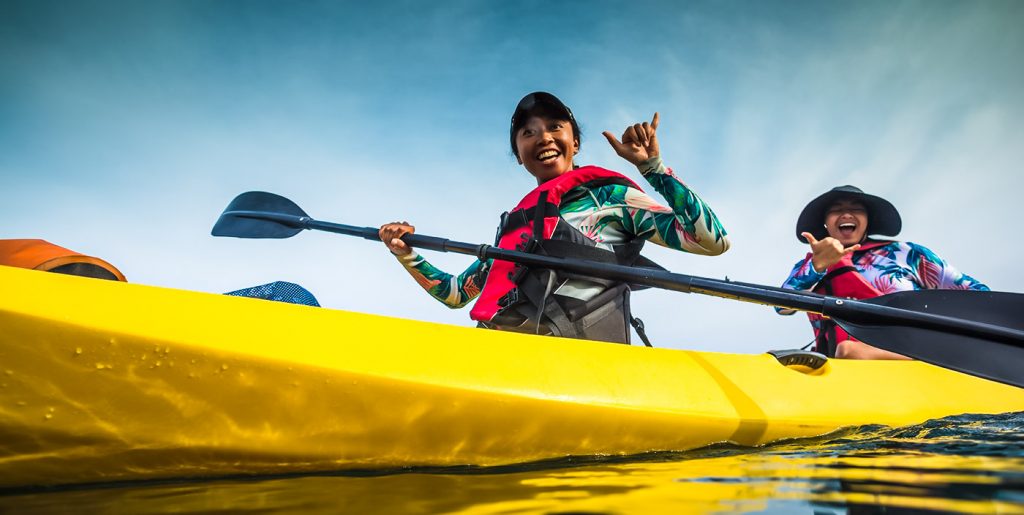 Living in the heart of what may be considered the best freshwater fishing on the planet, there are many opportunities throughout the season. They start at ice out sometime in March, and continue to when the water freezes in December. Since I only started fishing seriously just about four years ago, I still have plenty of water and fish to discover in the area. I have selected five specific locations that will give a kayak angler opportunities to catch a wide range of species.

Unless you fish the hard water (ice), March can’t come too soon. Depending on the severity of the winter, the beginning of March is when the ice will melt, break up, and start flowing down from Lake Huron through the St. Clair River, into Lake St. Clair and out the Detroit River into Lake Erie. How much rain we get will determine how quickly the water clears up.

If conditions are right at the end of March or beginning of April, your chances of a trophy walleye over 10lbs aregood. For a kayak angler there are a couple particular spots that are good where the current isn’t too bad and launches are reasonable.

In LaSalle, Ontario, which is about mid river, at the end of Laurier Drive the Municipal Marina is a good start that is about a fifteen minute pedal/paddle to the front of Fighting Island and good opportunities to catch fish. There is also an option for going to the U.S. side to fish at the popular Steel Mills. Having both a Michigan and Ontario license will allow you to explore the best water conditions. You must know the requirements for crossing the border on the river, especially recently with the borders becoming tighter and new laws for reporting.

In Windsor, Ontario, the mouth where Lake St. Clair flows into the Detroit River is another good spot. It is protected from certain wind directions and will allow you to get on the water at times where other areas are too windy for a kayak. Kayak Cove (just down from the City Marina) is a very good launch location where I picked up my personal best walleye this year within 100ydsof the launch. Using at least a 5/8oz. jig with a 4” FinS Minnow or a plastic worm is the main tactic used. In early April when the water is below 50°F tipping with a minnow or piece of night crawler sometimes helps.

The River holds walleye, and both largemouth and smallmouth bass all year round. The April/May time period is prime for walleye. October/November is a very good time at the second location in Windsor, Ontario, where you could land a trophy muskie. Jigging a Bondy Bait with heavy muskie gear will help to land one.

Living near international waters gives options where there are different fishing laws. In Ontario (Zone 19) bass season does not open until the fourth Saturday in June, and Michigan has a catch and release season that starts at the end of April. Living twenty minutes from the border makes U.S. waters easily accessible by land and by water. I live 3.8mi from the border, which is about 45-60 minutetrip with the kayak.

Metro Beach Metropark in Michigan is a great place for a kayak angler in May. You only have to pay $5 to get into the park for the day, and the sailboat/jet ski launch is never crowded. Immediately at the launch you can fish for largemouth bass. East of the launch (right in front of the beach) trolling for a mixed array of walleye and pike is possible, with largemouth bass also taking a trolling presentation. Both areas are less than a half mile from the launch. Further east around the point of land that sticks out from the park is a very good smallmouth bass spot, where many fish over 17” can be caught.

Tube baits are effective for bass, and small-to medium sized crankbaits will attract all species. A worm harness with Colorado blades will also land a few fish.

At the beginning of June the walleye start to head east from the Maumee River in Toledo and the Detroit River in Michigan/Ontario. Colchester is host to the biggest single day walleye derby in Southern Ontario. The Colchester Marina has a great area to launch your kayak, where you can unload and set up only a few feet from the water’s edge. If there is too much surf, there is also a protected boat launch you can use.

The walleye bite is strong in June and again in late August- early September. When bass season opens later in June, Colchester is also a good spot for big smallmouth bass. I caught my personal best smallmouth here at the end of August in 2012. Typical bass tactics can be used here, but trolling deep-diving crankbaits with two lines out will get you a mix of walleye, bass, channel cat, and freshwater drum, with some large perch also biting on your trolling presentation.

In the early season and in August, increase the size of your blades on spinners, and think about larger crankbaits.

By the beginning of June, the walleye will start to show up on Lake St. Clair, east of the mouth of the Detroit River. Straight out of Pike Creek, where Lakeshore and Tecumseh borders, you can get catch walleye for most of June and July. Muskie season opens the first Saturday in June, and bass season the fourth Saturday in June. For last week of June and most of July, you can pick up muskie, walleye, smallmouth and largemouth bass within a few miles of Pike Creek. This is probably the best time to fish Lake St. Clair for any of these species.

For walleye, a worm harness with live worms is best. When targeting smallmouth bass, I like to troll with a diving chartreuse Rapala “Shad Rap” and a floating jointed Rapala on the other line. If the wind isn’t too strong I will use a three-way rig with a diving Rapala swimming at 8′ -10′ and a floating Rapala on the same line. In Ontario you’re limited to four hooks per line (a treble is considered one hook). Tubes and crankbaits will also get you a load of bass.

My brother bought a cottage on the east side of the Pelee Island at Mill Point, a popular fishing hotspot on Lake Erie. For years he used to tell me about all the charter boats that would be out in front of his cottage every day throughout the summer.

It was only in the last couple years that I started making regular trips to the island to capitalize on the bass, walleye, and perch fishing that attracts charters from Canada and Ohio. Since his cottage was on the east side of the island, areas to about a mile offshore are somewhat protected from high winds from the west and Ssouthwest.This makes it possible to get out on the water in conditions that would normally keep you off the lake..

Erie Dearies, worm harnesses, crankbaits, and various plastics will all work here for most of summer.

There are a few more places in the area worth mentioning. Erieau and Wheatley, which are about 33miapart on Lake Erie, are where some of the best walleye and steelhead fishing takes place in July and part of August. In a kayak, you have to venture out at least three miles to get to the fish locations. Mitchells Bay is a very popular Lake St. Clair location where I have never fished yet. Near Belle River: The Hump, for bass, perch and muskie, and near the marina in October and beginning of November for big muskie. There are other popular areas for panfish that I haven’t explored yet, and sections of the Detroit River where there aren’t enough days of fishing for me to get to. Hopefully when I retire I will be able to hit all these locations in a season.