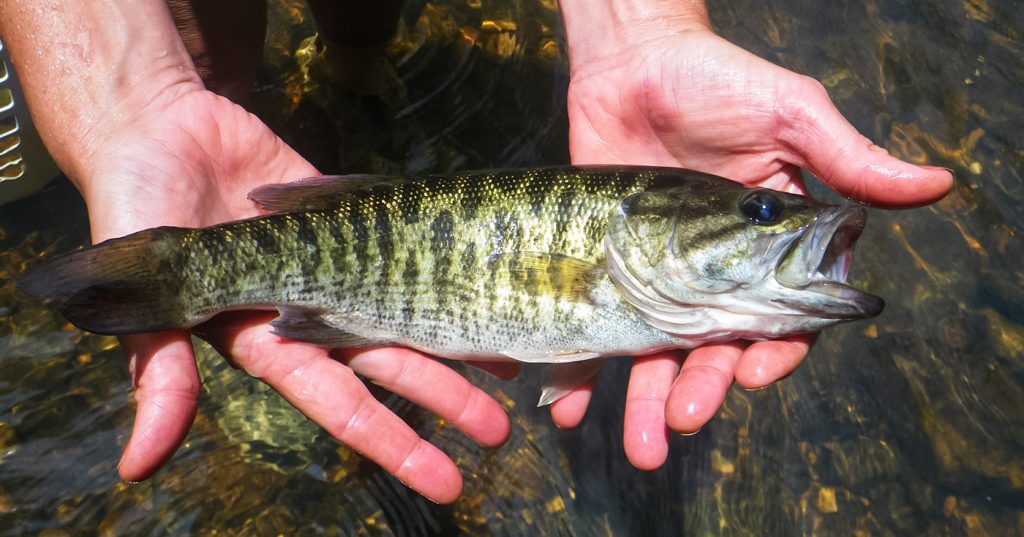 Many kayak anglers head to the Gulf Coast through Alabama or Georgia, and never realize what a special fishery they are passing through. One of the greatest bass species that can tighten a line is only found in the Southeast. The shoal bass, called “shoalies” by those who love them, are beautiful brown bass that will leave an angler weak in the knees.

The shoalie loves moving water, and can be found in a foot of water or less much of the time. Rapids do not bother them, and the haunts they frequent would make a rainbow trout proud. They are opportunistic feeders that are considered crawfish eaters, but they are more than happy to strike swim baits or other shad/bream imitations. A topwater bait can be fished all day long as well; buzzbaits or noisy walk-the-dog type lures will call fish up no matter how high the sun is.

Fly fishermen particularly love the shoal bass, and with good reason. These super-strong brown bass will strike hard and give an aerial performance that will make memories. Streamer and crawfish patterns work well for shoalies, as do topwater flies in gurgler styles or poppers. Floating weight forward lines are fine as most of the places you will fish are shallow. A 5wt or 6wt rod will be plenty for most of the fish, but a shoal bass in the 3lb and up range has the potential to humble even the most proficient fly angler.

In my experience, the Flint River is probably the best known shoal bass fishery in the area. Beautiful shallow runs with plenty of rocks make perfect shoalie habitat. Other popular areas to chase the shoal bass include the Chattahoochee River from below Atlanta to Columbus, GA, and the Ocmulgee River. The Ocmulgee is well known for its population of large shoal bass that inhabit the shallow rocky runs.

The shoal bass is pound-for-pound one of the strongest fish in the Southeast. A savage strike and a brilliant fight make them a fish any angler would hope to tangle with. If you get the chance to test your skills against them, please get a great picture then release them back to the river. A fish that special deserves the chance to fight again!