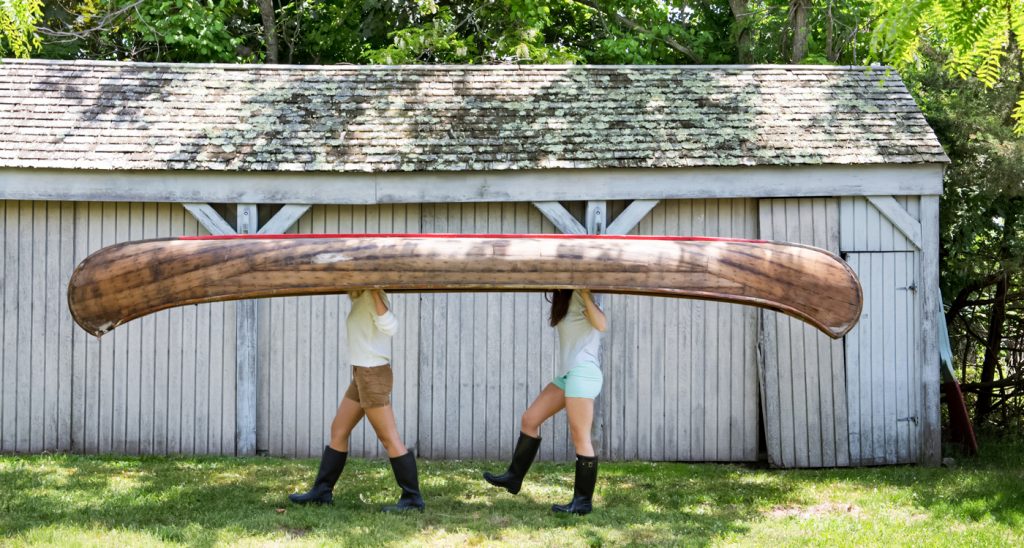 They’ve been designated national parks for one reason: they’re awesome. The National Park Service administrates 391 units, from Denali National Park to the Lincoln Memorial. Here’s a few gems from the dozens that welcome kayakers.

The best way to see Canyonlands’ convoluted red rock desert is from the seat of a kayak. Immerse yourself in the maze of canyons, letting the Green River’s gentle current nose you past monuments like the Buttes of the Cross. If you must walk, take side hikes up Horseshoe Canyon or to the mind-boggling five-hole arch in Two-Mile Canyon. In three to 10 days you’ll reach the Confluence, where the Green and Colorado Rivers join. It’s also the boundary between the park’s legendary Maze, Needles, and Island in the Sky regions-if that spot doesn’t leave you enamored with canyon country, there’s probably something wrong with you. Tagalong Expeditions (tagalong.com) will drop you off at the put-in of your choice and pick you up by jet boat for the hour-long ride up the Colorado to Moab for the bargain of $135 per person. There’s no other way out, unless you have scored a hard-to-come-by permit to run Class IV Cataract Canyon below the Confluence.

When Captain George Vancouver sailed by in 1794, ice filled Glacier Bay to within six miles of the bay mouth. When John Muir arrived 85 years later, it had retreated 48 miles. Now you can paddle 65 miles up the fjord in the wake of the most rapid measured glacial retreat in the world. Get dropped off by tour boat Spirit of Adventure at McBride, Riggs, or Muir glaciers and hear their baritone roars pulsing through your tent in defiance of their withdrawl. Watch for whales, porpoise, bears, seals, and, of course, icebergs.

Called the “Crown Jewel of the Continent,” Glacier National Park features knife-edged peaks towering over wildflower-filled meadows and spruce forests. Mountain goats and bighorn sheep prowl the rugged mountainsides searching for food. Glacier National Park is also filled with huge emerald lakes. Put in at Swiftcurrent Lake below Mount Grinnell, and paddle/portage up to Lake Josephine and Grinnell Lake, watching the lake waters take on deeper shades of turquoise the higher you go. If you want to work on your forward stroke, take a tour of Saint Mary Lake, keeping an eye out for grizzlies on shore. Glacier is all about summer when the wildflowers are in bloom and the temperatures balmy. Don’t worry about crowds; the minute you launch your boat you will be hard-pressed to find another paddler.

Acadia National Park is a margin fought over by titanic forces glacial ice, tectonic fractures, winter storms. It features cliff faces with chaotic chop, rogue waves that pick off tourists from rock ledges, jagged reefs mined with shipwreck detritus. With all that, the waters of Acadia are also serene and quaint, lined with New England cottages, harbors with sailboats clanking softly at their moorings, warm sand beaches, blueberry islands, sparkling water. Harbor seals haul up to sun. Acadia, both the mainland portion and the more remote Isle au Haut is arguably the most stunning and inspiring segment of Maine coastline. Exploring it by kayak, on inland lakes ringed by mountains, or along miles of ocean coast, is the best way to probe terrain that is difficult or impossible to access on foot. Boldly put, Acadia may be the premier sea kayak destination on the east coast.

This subtropical paradise was designated a national park in 1947 to protect diverse species such as white ibis, swallow-tailed kite, dolphin, manatee, and the gumbo-limbo tree-locally dubbed “tourist trees”for their red-and-peeling exterior. Follow the 99-mile Wilderness Waterway to Flamingo, camping on chickees–raised wooden platforms over the water-in Sunday Bay. Or head to the sandy beaches of outlying Pavilion, Mormon, and Turkey keys. Look underfoot for evidence of civilizations past; several islands are fortified with Calusa Indian shell mounds, strategically discarded whelks and oysters scientists believe once controlled erosion and flooding. At the rowdier moments, the southern tip of Florida’s frontier days rivaled anything the “wild”American west ever had to offer. Paddling through the marshy mangrove maze toward the Gulf of Mexico, it’s easy to see why. This place is well-suited to making oneself scarce.

Relax on a scenic bluff in the boreal forest, grill fresh-caught salmon and drift to sleep to a serenade of howling wolves. No need to fly to Alaska-this is Michigan’s Isle Royale National Park. Surrounded by chilly Lake Superior, the park is comprised of one large island and 400 smaller satellites, nearly all untouched wilderness. Beware, Superior can serve up waves to rival the Gulf of Alaska. Journey to the park via float plane or one of four different commercial boat services, and then explore the rugged, exposed coast or cruise for lunker pike on the 30 interior lakes. Early autumn features decent weather, a kaleidoscope of foliage, and empty campsites. Make a pilgrimage to Ryan Island
the largest island on Siskiwit Lake, which is the largest lake on Isle Royale, itself the largest island in Lake Superior, the largest freshwater lake in the world.