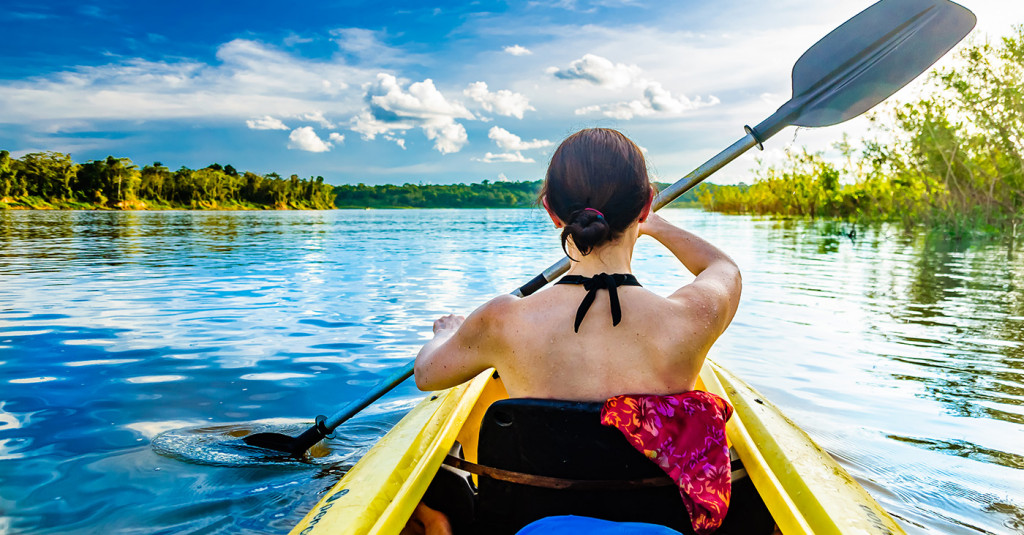 An all-day kayak excursion on the protected waters of Barnegat Bay was both challenging and relaxing.

For dedicated paddlers, the season lasts as long as your gear can keep you warm, and with the availability of high performance fabrics, that can be long after the bathing suit-clad pleasure boaters are holed up in front of their TV’s. Fall paddling can be pure pleasure, especially if you’re lucky enough to go on a day that combines an autumn–blue sky with early summer temperatures. September 30th was just such a day.

Booked through The Jersey Paddler in nearby Brick, NJ, The 9am-3pm tour was lead by Kayak East of Columbia, New Jersey. Owner and tour leader John Pagani is certified by the American Canoe Association, and with his wife Susie Wiley, teaches classes at all skill levels and leads paddling expeditions all over New Jersey.

In 1609, Henry Hudson stood on the deck of the Half Moon, and described Barnegat Bay as. . .”a great lake of water. . .the mouth of the lake hath many shoals and the sea breaketh on them as it is cast out of the mouth of it.” Originally named Barendegat (Dutch), the name meant Inlet of the Breakers, referring to the turbulent channel approximately 30 miles long and between 4 to 6 miles wide.

Turbulent the channel can be, but less turbulent than the nearby open Atlantic, as Barnegat Bay is completely bracketed by narrow barrier islands, including Island Beach State Park. Barnegat Bay has a long marine history. Pirates and Privateers sailed its waters during the Revolutionary War, and the nearby Village of Tom’s River was an important whaling port during much of the 19th century.

One of the last remnants of a barrier island system that once ran almost the entire length of the coast of New Jersey, Island beach is one of the few remaining undeveloped barrier beaches on the North Atlantic. The Barnegat Bay Estuary is part of the Edwin B. Forsythe National Wildlife Refuge, and is protected by the Barnegat Bay Estuary Program begun after the 1987 Clean Water Act, when Federal, State, and Local forces joined together to protect and restore this environmentally important coastal area.

The day began at 9am at an easy put in at Berkeley County Island Park. Crossing the choppy waters of the open bay made rougher by the large number of jet skiers and sail and power boats took about an hour and a half of steady paddling. The light breeze kept the air temperature comfortably in the mid-seventies. On the Island Beach side of the bay, a fisherman displayed a striped bass caught in the clear waters about 30 or 40 feet offshore, but he could have as easily been holding up a fluke, albie, or bluefish.

The estuaries and inlets are home to a wide variety of birdlife including Herons, Egrets, Falcons, Whip-poor-wills, and Kestrels. Less common are the White Ibis, Golden Eagle, and the Great Horned Owl.

After a lunch break on a narrow sandy beach, the trip continued south along the shore of Island Beach. The scenery included close views of Great Blue Herons looking almost pre-historic, especially in flight. With the wind at our backs, the paddle back across the bay was an exciting but fast fifty minutes!