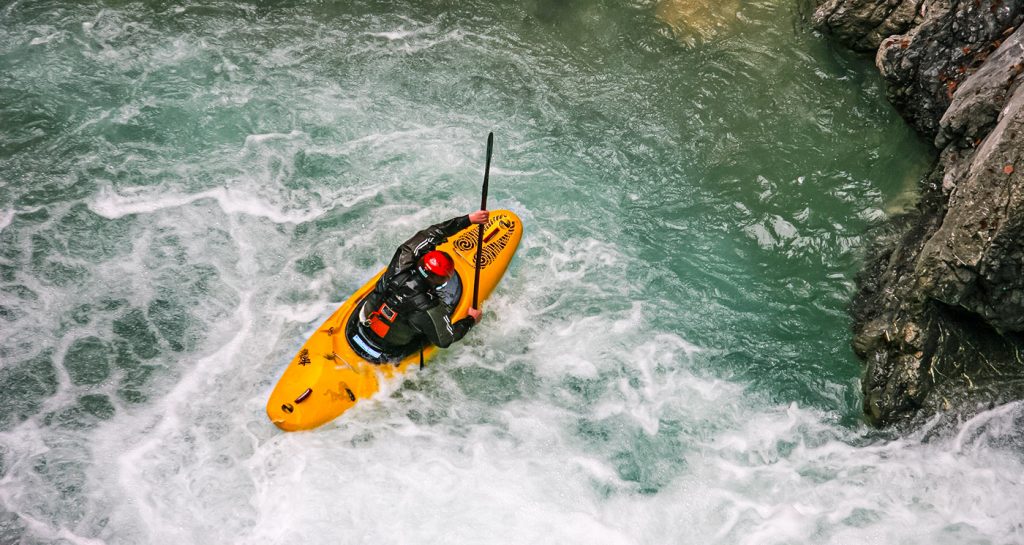 There is no escaping the fact that if you are into whitewater kayaking, sooner or later you are going to face the inevitable and that is – a nerve-wreaking rescue situation. We can only hope that when that happens, it ends well. But as a whitewater kayaker, it is your duty to stay prepared for the worse. Things can always go wrong while doing whitewater kayaking and which is why it makes sense that you should spend considerable amount of time understanding – the hand of God kayak rescue technique

Every paddler should take a Swiftwater rescue course to begin with and then continue to practice the skills in order to maintain or improve upon them. The “Hand of God” is a rescue skill that you may not learn in a Swiftwater course, but it is a technique that is well worth practicing.

The natural thing to do when trying to flip some upright from your kayak is to pull them up towards you. You can get a paddlers head out of the water like this, but it is very hard to completely flip the kayak upright. Instead, move beside the victims boat and reach with the closest hand across the hull of the kayak to grab the cockpit rim that’s farthest from you. It’s a long way to reach, so expect to need to lean on the upside down kayak. Once you’ve grabbed that cockpit rim, place your other hand on the closest edge of the boat. Now push down on the close edge, and pull the cockpit rim up and toward you. The trick is committing yourself to the move and using the victim’s kayak as a brace while you roll it up. You’ll be amazed at how easily you can flip a boat upright like this.

The Hand of God will also work for beginner and intermediate paddlers who are in a situation where a swim should be avoided. The T-rescue is generally the first choice in such situations, as it provides the rescuer with more room to maneuver and less direct contact with a potentially panicky victim, but the Hand of God works if there isn’t enough room or the victim doesn’t have the awareness to do a T-rescue.

If you do have to use the Hand of God to pull an able paddler upright, be sure to cover your face as this rescue tends to surprise victims, and paddles often flail around uncontrollably as they roll over. An unconscious or injured paddler will roll much more easily and won’t pose as much of a threat to the rescuer. The actual type of injury sustained will dictate the precautions that need to be taken so as not to cause further injuries, but the first priority is always making sure a victim has air and is out of dangers path. This means getting them upright immediately. Once they’re up, you can then worry about further first aid, such as stabilization for neck and back injuries.

The reality is that rescue situations are scary, stressful and pop up often without any warning. If you’re going to paddle whitewater, the chances that you’ll be involved in a serious rescue are significant. So, why not take a few minutes every once in a while to practice the skills that could save someone’s life?